Her Majesty’s Eyewear: Royal Glasses Through the Ages 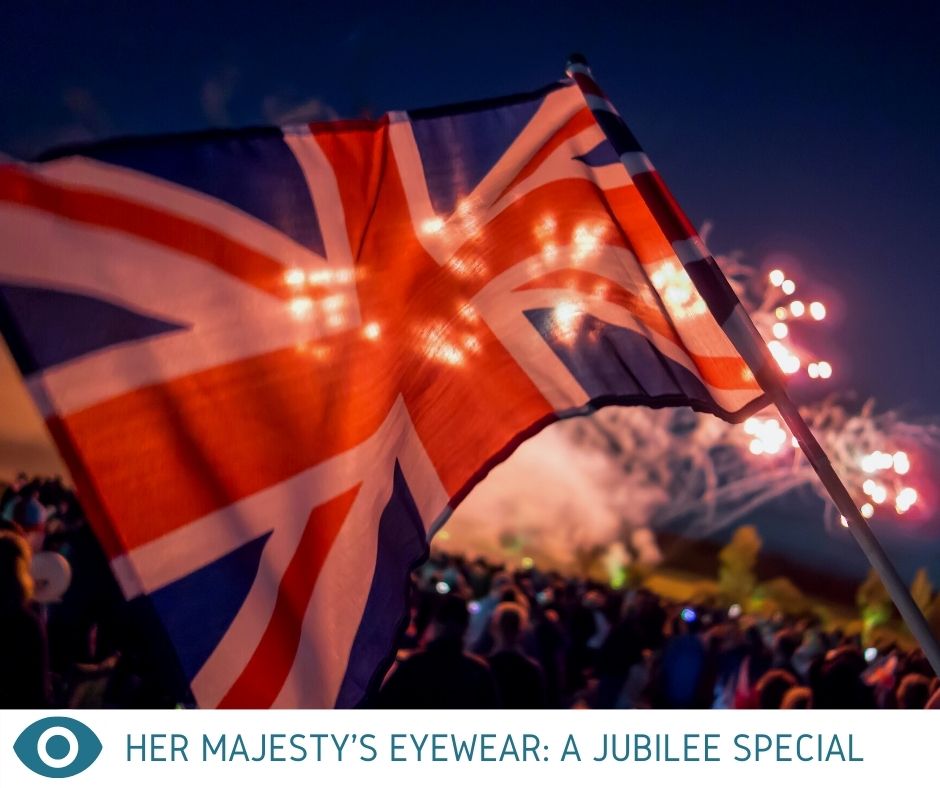 Royal eyewear is a phrase that perhaps not many of us have ever given much consideration to – partly due to the historic reluctance of the royals to sport eyeglasses. Since the days when it was seen as a weakness to wear spectacles a lot has changed, however, and it’s not uncommon at all to see a member of the UK’s royal family wearing a pair of designer glasses.

As with many things in our society, the royals can be trendsetters and often find themselves at the forefront of fashion, so it's no surprise that the eyewear they have worn in the past is often distinctive and very refined. This article will take a look at some of these classic designs and the members of the monarchy who have worn them.

At a time in British history when it wasn’t really acceptable to wear them in high society, much less seek out the more fashiobable designs, the frames looked a little different from the ones we are familiar with today. Whether a Prince, Princess, King or Queen, the chances are that one of these older styles would have been the royal eyewear of choice.

Perhaps the best known of the three historic regal glasses, the monocle is probably best-known as being the go-to eyeglass of a famous board game mascot. But these were extremely popular in royal history, with Princes, Dukes and Kings proudly sporting them.

While they may seem quite outdated now, they were considered the height of refinement and sophistication, especially when compared with ‘normal’ glasses.

Lorgnette is not a word that many people will be familiar with, but as designer glasses go these were once very popular indeed. Quintessentially associated with the opera or the theatre, the royals and upper classes would carry their lorgnette and hold it up in front of their face in order to see the performance on stage more clearly.

Lorgnettes were very much more socially acceptable than regular frames, and female members of the royal family were able to transform their look in much the same way a good pair of frames can do today.

The pince-nez is an interesting part of eyewear history as their use is extremely minimal in today’s culture, but they were once considered on par with the lorgnette – with the difference that these were made for men only. At first glance they might appear to be like traditional designer glasses, before you notice that they do not have any ear pieces and are held against the nose by pinching it.

Today, all the members of the royal family are free to wear whatever type of eyewear they like and, just like the rest of us, they’re not averse to completing a look or an outfit with a pair of designer glasses. But in order to get to this point, opinions had to change, and this really started to take place during the 1960s.

Among the earliest of the royals to don their eyeglasses in public was Princess Marina, who would regularly wear them to sporting and cultural events. The presence of the royals at events like these never goes unnoticed, so a shift in thinking may have begun from this point. The princess would wear hers out with her family as well, which served to normalise them even more.

Since then, wearing designer glasses has become a lot more common among the monarchy, and countless pictures exist of royals such as Princess Margaret and Prince Michael wearing them in public. As the popularity of eyeglasses has increased, so too has the amazing variety and range of designers trying their hand at producing spectacle frames.

Without a doubt, though, the most influential of all the family to wear fashionable eyewear is Queen Elizabeth II herself. Her husband, The Duke of Edinburgh, wore glasses or contact lenses throughout his life, but the Queen was not photographed in spectacles until the early 1980s.

The Queen’s style does not end at her choice of designer glasses, but extends to accessorising outfits with sunglasses. Many of the important events she attends have proven to be excellent opportunities for sporting the latest sunglasses. Some of her visits to warmer climates involve her making this style choice, with photographs of her meeting the King of Morocco and visiting a racecourse in Malaysia both featuring the Queen looking very chic in fashionable sunglasses.

Famously, Queen Elizabeth has been photographed wearing a pair of Lindberg frames, a choice that showcases her excellent taste and commitment to lasting, classic style. She’s certainly not the only person who has chosen Lindberg either, as they’re extremely popular with celebrities, actors and musicians. They are by far one of our most sought after brands.

We’re an authorised seller of Lindberg frames which means we have a huge range of their styles – from the more low-key classic looks, to frames that will get you noticed without being tacky. Henrik Lindberg’s styles are renowned for their high-quality production as well as their fashion credentials. They are both elegant and highly functional – and that’s a perfect combination.

Many of our clients are keen to get the latest Lindberg looks, so we’d encourage those looking to emulate the Queen’s fantastic style to get in touch for a consultation.

However, in much the same way that the royal family has gradually changed its perspective on eyewear over time, we know that tastes are different and constantly evolving. Lindberg is one of many fantastic designers that we have in stock at David Paul Opticians, and we’re committed to helping our customers find a look that works for them.

PreviousPrevious post:How to Choose Sunglasses that Protect Your Eyes
NextNext post:How to Read an Eye Prescription in the UK