The Fascinating History of Glasses 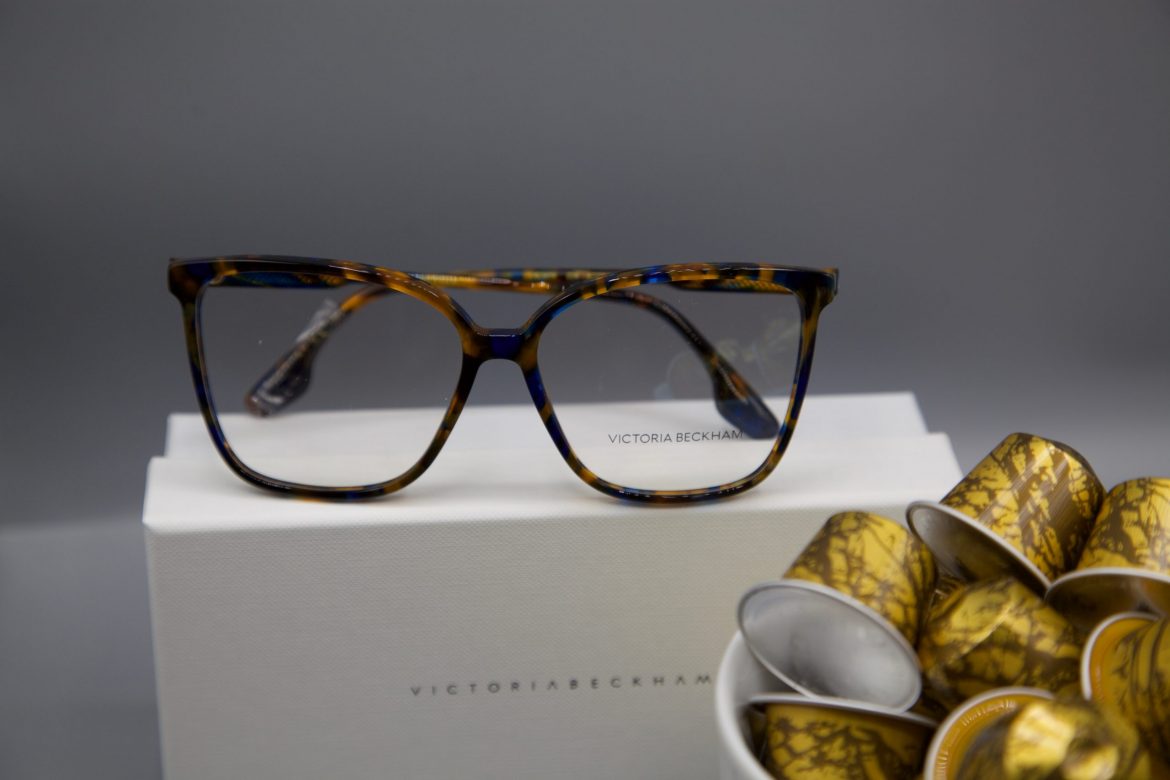 In accordance with industry experts, glasses are considered to be one of the most important inventions since the discovery of fire and the invention of the wheel. Moreover, for the first time in human history, countless people could finally have a good vision in spite of issues with their eyesight. These days it is something which is just taken for granted, but for centuries there was simply no solution for those suffering from a visual impairment – glasses still had to be created. It wasn’t necessarily a straightforward process to developing modern glasses as we know them today.

This journey involved a lot of experimentation as well as plenty of different types of glasses which came and went. In this blog, we recount the history of glasses, from their humble beginnings as ‘reading stones’ to their journey to the sought-after lifestyle and fashion accessories they are known as today. Read on to go on a journey through time!

It’s widely speculated that Benjamin Franklin was the person who actually invented glasses, however, it is common knowledge that glasses had actually been around for some 400 years by the 1700s when Ben Franklin was alive and wearing them. Franklin is however known for inventing bifocals in the mid-1700s. He split one lens in half, with the upper part being made for distance viewing and the lower part for near distance viewing.

When Was the First Pair of Eyeglasses Created?

No one knows the exact timing that the first pair of eyeglasses were actually made, created, however, we are aware of the fact that grinding technology to make simple magnifiers work from the year 1000 AD, especially in regions where the glass was already being produced such as northern Italy. In the time between 1000 and 1250, reading stones were used as magnifying glasses that you could put on top of a manuscript to enlarge the letters as you read them. An early depiction of glasses in a work of art came in 1352 Treviso Cathedral fresco painted by Tommaso de Modena.

It is believed that two monks in Italy, however, hailed the new invention of eyeglasses a couple of decades earlier. Monks Giordano da Rivalto and Alessandro Della Spina bought up eyeglasses at a sermon on February 23, 1306. Giordano stated, “it is not yet twenty years since there was found the art of making eyeglasses which make for good vision, one of the best arts and most necessary that the world has.” it is this monk who is credited for coining the term occhiale, which essentially means eyeglasses.

A pivotal moment in the history of eyeglasses

In the 14th century, Florence became a hotspot for the production of eyeglasses. The invention of the printing press by Johann Gutenberg in 1452 allowed reading to be open to the general public. This also triggered a rise in the demand for eyewear, which led to the mass production of reasonably priced glasses. The increase in demand for glasses upped again in 1665 with the introduction of the first newspaper, the London Gazette.

The Museum of Vision highlights that early glasses were often worn by monks and scholars. The oldest reported pair of specs ever recovered were found beneath the floorboards at Wienhausen Abbey, a Catholic convent in Germany. They are rivet spectacles, which have no temples, or ear stems, but instead are secured to the face by clamping the nose between two lenses. The Wienhausen eyeglasses are generally believed to date to around 1400.

What about contemporary glasses?

Modern glasses were that come with sides or temples were popularized only in the 1920s, by film star Harold Lloyd who was known for wearing them while carrying out life-threatening stunts in his films.

By the 1800s, eyeglasses were common, but not as we think of them today. Lenses weren't custom made; instead, you'd go to a jeweller, a hardware store, or meet with a travelling peddler to try on different pairs of eyeglasses until you found the ones that worked. And because eyeglasses were seen as a sign of getting older, frequently people opted for handheld devices such as lorgnettes which were glasses with a single handle on one side or scissor spectacles where lenses moved on a hinge rather of wearing glasses.

It wasn’t until the mid-1850s curl sides were created, these were curling wires that could be secured behind the ears. Curl-side frames were especially utilised for kids glasses due to the fact that they stayed in place when they were running or playing.

Various styles of eyeglasses followed, this included the pince-nez, this style was perched on the bridge of the nose. Not surprisingly, they were uncomfortable and easy to lose, but even as late as 1901, President Theodore Roosevelt donned these type of glasses.

Today you'll find thousands of styles of eyeglasses in every conceivable shape, size, and colour. The Vision Council estimates there are over millions adult eyeglass wearers in the UK.

The origins of sunglasses

Despite common belief, the origins of sunglasses didn't come from the desire to cover the eyes from the general sunlight. Much like one of their varied uses today, the first documented purpose of sunglasses was to shield facial expressions rather than sunlight.

The Italians may have had always claimed to be responsible for the creation of eyeglasses, however, the Inuits and ancient Chinese also have to get some credit for inventing glasses. In the 12th century, Chinese sunglasses were made from panes of smoky quartz used to darken the natural light. Inuits used walrus ivory to make goggles with tiny slits to peer through. Sunglasses similar to what we have today go all the way back to 18th-century English optician James Ayscough, who created spectacles with tinted lenses, which he thought could improve vision.

What Were Sunglasses First Used For?

Sunglasses to cover the face

One of the very first concepts of sunglasses goes back to the 12th century, when court figures in China wore sunglasses with smoked quartz lenses in so they could hide their facial expressions. In doing this, the judges could give the illusion of non-responsiveness for the testimonies, thereby concealing their decision until the final verdict.

The first sunglasses made for the public came to light in the 18th century, when English designer and inventor James Ayscough made spectacles with blue or green tints. Ayscough was of the opinion that the tint could improve vision, and he sold the shades for general use. Though his intention was not to block the sun, his invention was another building block in the history of sunglass design.

In the 19th century, a fatal syphilis outbreak emerged in Europe. Yellow and brown-tinted sunglasses were created and then prescribed to people who carried syphilis to counteract a symptom of the disease: visual sensitivity to general daylight.

When did sunglasses become popularised?

A milestone in the story of sunglasses happened in 1929 when Foster Grant founder Sam Foster created the very first affordable sunglasses established for mass production, possible only with the advent of injection moulding technology.

Foster sold sunglasses on the Atlantic City Boardwalk, and his products soon gained widespread popularity. What’s more, those early sunglasses did not have the technology to fully protect eyes. The company continued to gain in popularity in the 1960s, with their ‘Who's That Behind Those Foster Grants?’ campaign, which really increased the popularity of the sunglasses among Hollywood celebrities.

When were aviators created?

After the launch of Foster Grant sunglasses, it was in the 1930s that the Army Air Corps commissioned Rochester-based Bausch & Lomb to develop a sunglass lens with the intention of safeguarding pilots' eyes from glare. Bausch & Lomb made a sunglasses-specific company called Ray-Ban (short for banning sun rays), which in turn marked the creation aviator-style sunglasses made for pilots fighting in the second world war. Ray-Ban used these polarized lens created by Edwin H. Land, co-founder of Polaroid. This union essentially locked down the sunglasses market for the balance of the 20th century with the advent of the anti-glare Aviator.

Are you looking for a new pair of glasses or seeking an eye test? It is essential that you invest time to make sure that your vision and your eyes are healthy. Regular eye tests are of vital importance to your vision and your overall health. At David Paul Opticians , we offer more than just standard sight tests. Our experts can conduct a range of different examinations that can be included in your test. Our optometrist will tailor eye examinations to your individual requirements.

At David Paul Opticians, we offer a range of professional eye care services in Berkhamsted as well as quality optical products and eye tests. With our dedicated service and a wide range of men’s and women’s glasses, we pride ourselves on gaining a fantastic reputation as expert opticians. Get in touch to find out more.

PreviousPrevious post:Tips For Looking After Your Eyes at Work
NextNext post:Three TV and Film Characters That Wear Glasses